The Penn Museum is undergoing its most extensive renovation in a century. The first phase of its ambitious Building Transformation Campaign is currently underway, including plans for re-imagined gallery spaces, a restored Harrison Auditorium, and a redesigned Main Entrance Hall—all slated to open to the public this November.

Visitors entering the bright new hall will be greeted by an object that Julian Siggers, Williams Director of the Penn Museum, refers to as the Museum’s “unofficial mascot.” The Sphinx of Ramesses the Great, a 12.5-ton granite sculpture known to be the sixth-largest ancient Egyptian Sphinx in the world, will take pride of place in this newly renovated space. 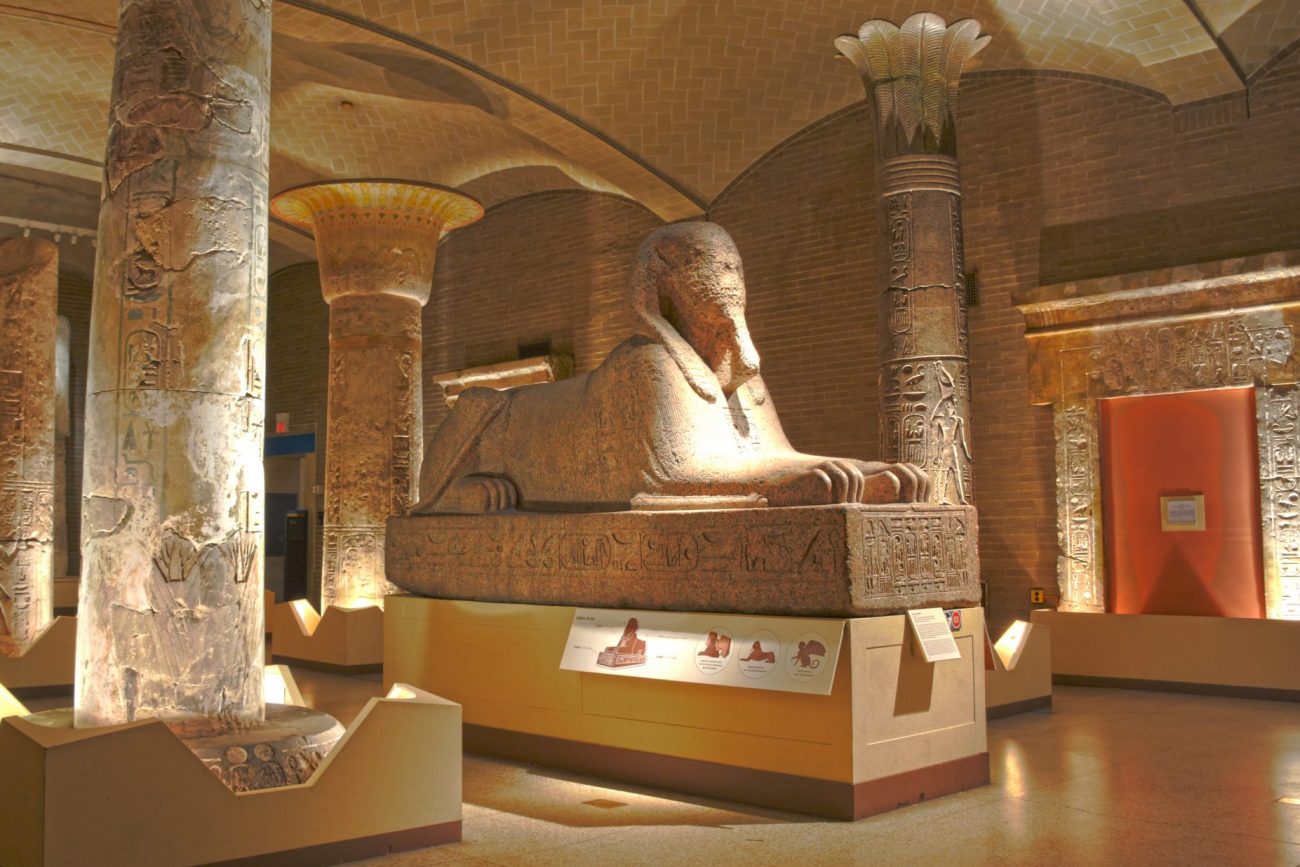 The Sphinx of Ramesses the Great, pictured in 2017 in the Penn Museum’s former Lower Egyptian Gallery.

For nearly a century, the Sphinx has fascinated and inspired guests from within the dramatic setting of the Museum’s former Lower Egyptian Gallery—a space that many believed would be its permanent home, due to the sheer size of this ancient artifact (the lower gallery is closed for the conservation of monumental artifacts in preparation for new Egypt and Nubia Galleries, targeted to open in 2022). But after more than a year of careful planning, Museum staff this month executed what some thought impossible: the moving of the Sphinx to its new home in the Main Entrance Hall, currently under construction.

Watch the historic #MoveTheSphinx project come together in this behind-the-scenes video.

The Power of Penn Campaign A Message from the SVP